To Braise Eggplant According to Bartolomeo Scappi, c.1570 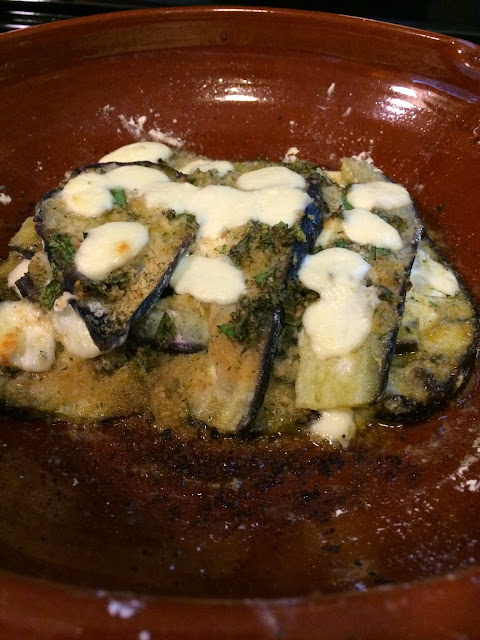 About the Recipe
This recipe dates back to 1570, from a cookbook called, The Opera of Bartolomeo Scappi. Although there is little definite information about Scappi's life, it is known that he was the chef to two popes and several cardinals. It appears most likely that he was from northern Italy, either from Lombardy, Veneto, or Emilia, and that he compiled his recipes in the 1560s, during the peak of his career. According to Ken Albala, in Food: A Cultural Culinary History (Great Courses), Scappi's book was the "largest and most detailed cookbook ever written at the time . . . [and] the precision and thoroughness with which he treats the ingredients and procedures mark this perhaps as the first modern cookbook."

According to Alan Davidson in The Penguin Companion to Food, tomatoes arrived from the New World into Italy early in the 16th century, "although there is little evidence to suggest that people had begun cooking or eating tomatoes except rarely and by way of experiment." Indeed, Scappi does not seem to utilize them in his 16th century cooking at all (I've looked throughout the recipes and the index and haven't found one tomato reference). In addition, this recipe does not call for basil or oregano, herbs traditionally associated with Italian food. Instead, the fresh herbs used are mint, marjoram (which admittedly is very similar to oregano), fresh fennel fronds, and parsley. Additionally, salt, black pepper, garlic, sugar, verjuice, cinnamon, and cloves are used; the last four ingredients not at all usually associated with parmegiana nowadays.

The Recipe
To braise eggplant -- that is, pomi sdegnosi.
Source: The Opera by Bartolomeo Scappi (1570), The Art and Craft of a Master Chef, Translated with Commentary by Terence Scully, University of Toronto Press, 2008.

Get eggplants that are not too ripe or too bitter, and clean off the purplish skin they have -- although you do find white ones -- and cut them lengthwise into several pieces. Let them steep for half an hour; discard the water and set them to boil in a pot in fresh water that is lightly salted. When they are well cooked, take them out and let them drain on a table. Have an earthenware baking dish or a tourte pan ready with oil; carefully flour the pieces and make a layer of them in the pan. Get beaten mint, sweet marjoram, Burnet, and parsley, and beaten fresh fennel tips or ground dry fennel along with crushed garlic cloves, and scatter all that over the layer of eggplant, as well as enough pepper, cinnamon, cloves and salt; splash verjuice on that and sprinkle it with sugar. Repeat, making up two or three layers. Cook it the way a tourte is done. When it is done, serve it hot in dishes with broth over it. If is not a fasting day you can put slices of provatura or ordinary cheese and grated bread between each layer; and, instead of oil, use butter.

Notes on the Recipe