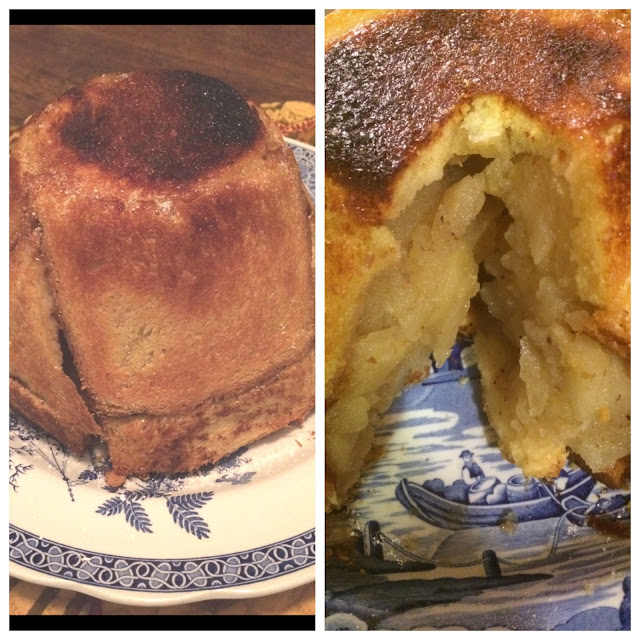 About Charlottes
A Charlotte is a moulded dessert that consists of a vessel of buttered bread with a fruit filling.  The earliest reference to an English Charlotte is 1796 as referenced by the Oxford English Dictionary.  The name probably comes from Queen Charlotte who was the wife of King George III.  She was said to be a patron of apple growers.  Antonin Careme, chef de cuisine to King George IV, is said to have made a version of this dessert with a cream filling instead of a stewed fruit filling in the early 19th century; he called it Charlotte Russe.

The Recipe: Charlotte
Mary Randolph, The Virginia Housewife. 1824 edition.
Stew any kind of fruit, and season it in any way you like best; fry some slices of bread in butter, put them while hot, in the bottom and round the sides of a dish which has been rubbed with butter, put in your fruit, and lay slices of bread on top; bake it a few minutes, turn it carefully into another dish, sprinkle on some powdered sugar, and glaze it with a salamander.