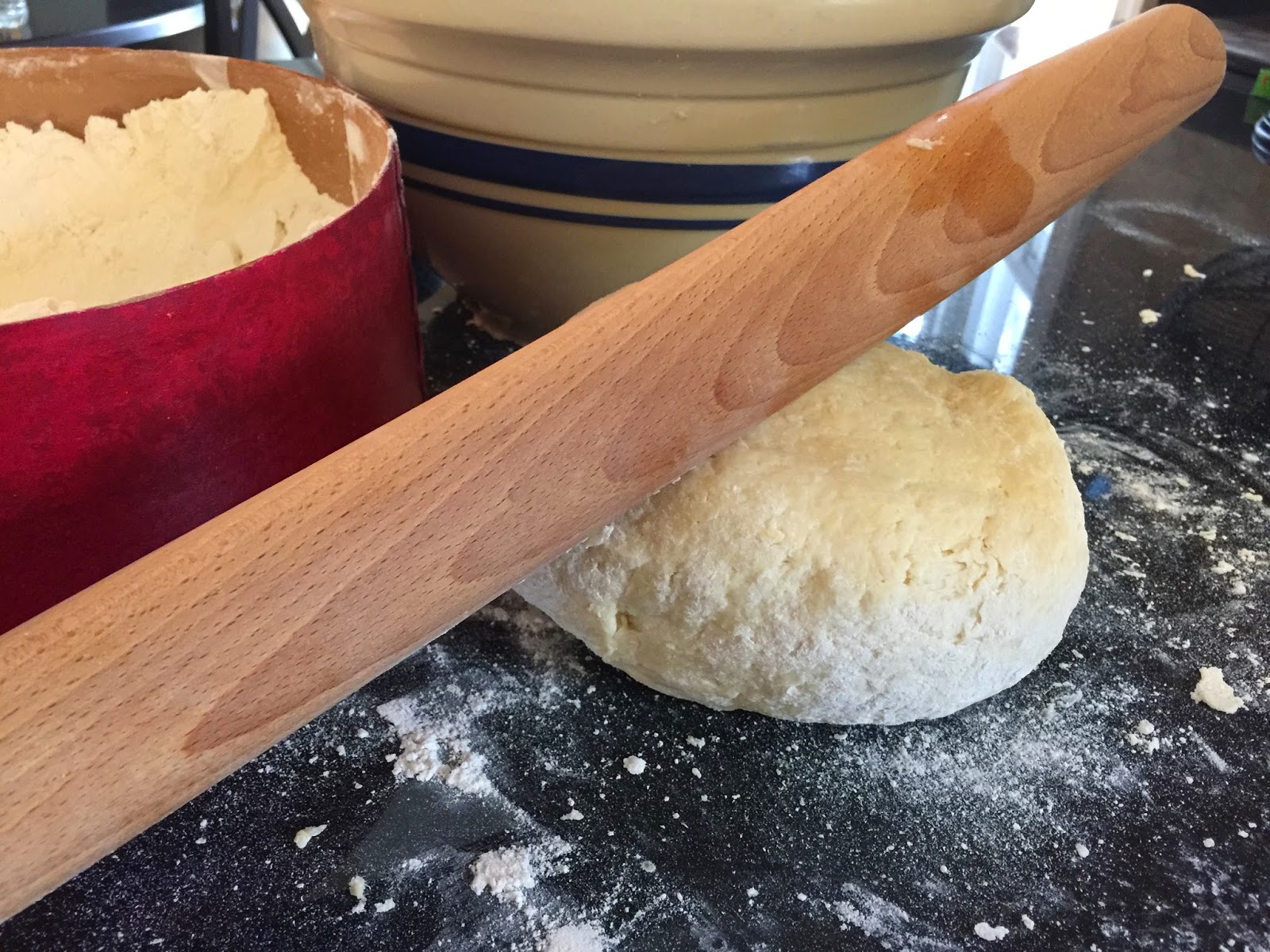 Watch me teach Taylor Hicks how to make these biscuits on the Maryland episode of his show State Plate,
on the INSP Network!

About Beaten Biscuits
The Maryland Beaten Biscuit is a product of the days before chemical leavening agents were widely available (pre-1840s). Bakers pounded or beat the biscuit dough to introduce air into it, and the beating also served to disintegrate the dough’s protein (gluten). The extensive and exhaustive beating yields a final biscuit product that is tender, puffy, and flaky. Kneading the dough would not have been done because that would activate the gluten and produce a chewy bread product, which is not desired for this recipe.

The earliest known published recipe for beaten biscuits is found in Mary Randolph’s 1824 cookbook The Virginia Housewife and was called Apoquiniminc Cakes. In this recipe, the dough is made from salt, eggs, butter, flour, and milk, and the recipe instructs the cook to beat the dough with a pestle for half an hour. However, some Marylanders such as Francis Beirne in his classic 1951 book The Amiable Baltimoreans, asserts that “the recipe calls for nothing more than flour, salt, lard, milk and water worked into a dough” and pounded “with a rolling pin for a solid half hour which gives the biscuit its unique quality.” In addition, Beirne reminisces about the sound of the dough being beaten in the mornings signaling the imminent arrival of breakfast biscuits: “In the old days it is said that one could tell the hour before breakfast by the sound of cooks beating biscuits all the way down the block.”

“No traditional Maryland menu would be complete without the ‘Maryland Beaten Biscuit.’ The sheer physical effort in its preparation would make the modern housewife shudder. To prepare take:--1 ½ pints of flour, 1 teaspoon salt, 1 tablespoon lard. Add salt to flour and blend thoroughly with lard. Three gills of milk and water—half and half—to be added slowly with a stingy hand, for the dough must be very stiff. Knead for 5 minutes and beat with a hatchet for 30 minutes. Form into small biscuit and prick on top with a fork. Bake in moderate oven for 20 minutes.”

Beaten biscuits were traditionally made every day by baking them in small cast-iron bake kettles (Dutch Ovens), fried in a pan, or cooked on a griddle. These biscuits are perfect for dipping into stews and soups, or they can be split and coated with butter and jam, or filled with ham or other cold meats.

Here are some historic recipes for beaten biscuits:

Eventually, some recipes for beaten biscuits did start to add baking soda or powder, which is redundant when beating the dough. Eventually, the beating was completely eliminated in favor of using these chemical leavening agents, relieving the baker of a lot of work and effort and, as Beirne laments, “the [true beaten] biscuits have passed out of the ken of the ordinary family kitchen.” 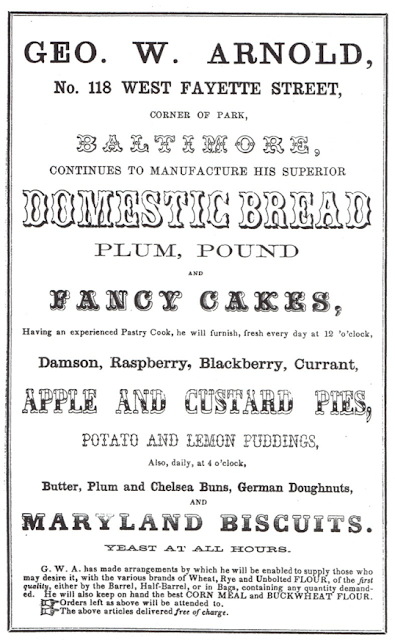 Beaten biscuits are no longer available on a commercial basis. So, if you want to try them you will need to make them from scratch. To do this right, you must use a really good stone-ground pastry flour made with soft, yellow wheat. This is the type of wheat that was grown in Maryland in the early nineteenth-century and earlier, and it produces a soft and crumbly biscuit with a great flavor that lasts longer than ones made with modern all-purpose flour which is made from gluten-rich red, hard wheat. If using modern all-purpose flour, these biscuits will only be soft enough to eat  when they are hot and fresh; if allowed to cool they get really hard and are really only good for hitting with a hockey stick.

Put a little salt, one egg beaten, and four ounces of butter, in a quart of flour; make it into a paste with new milk, beat it for half an hour with a pestle, roll the paste thin, and cut it into round cakes; bake them on a griddle and be careful not to burn them.

1. In a large bowl, whisk together the flour and the salt.

2. Add the chopped butter to the flour and use your fingers to work it into the flour until it is distributed evenly.

3. In a small bowl, beat the egg until foamy. Add it to the flour/butter mixture.

4. Add just enough of the milk to make a dough that is moist but not sticky.

5. Lightly flour a board and place the dough on the board. Knead the dough enough to make sure it is not sticky at all.

6. Now for the fun part: Take a rolling pin and beat the dough for 30 minutes. Turn and fold the dough often to make sure it gets beaten evenly. You will know it has been beaten enough when air bubbles come to the surface of the dough and pop or blister, and the dough will feel soft and squishy.

7. Roll the dough out and cut into circles, or pull off 1.5 ounce pieces and roll into a circle. Dock the top of each biscuit with a fork to prevent scorching during baking.


9. Serve immediately with butter, jam, apple butter, maple syrup and/or honey. These can also be eaten with soups or stews, or use them to make ham sandwiches.