I found these recipes from a recent acquisition of mine, a 1912 revised edition of Lowney's Cook Book, Illustrated in Colors by Maria Willett Howard. This book was published in Boston by the Walter M. Lowney Company which started creating chocolate in Boston in 1883. In 1903, the company moved to Mansfield, Massachusetts. I love this particular cookbook because the company's motto is "Gateway to the Good Graces of Those Who Love the Good Things of Life"!

Here are the recipes and an illustration of the
dessert from a color plate in the book: 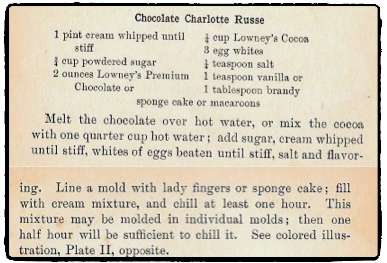 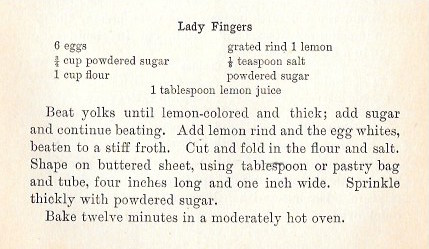 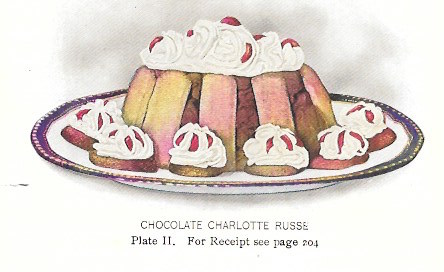 I followed the recipes as written in the cookbook. However, here are some things to note: 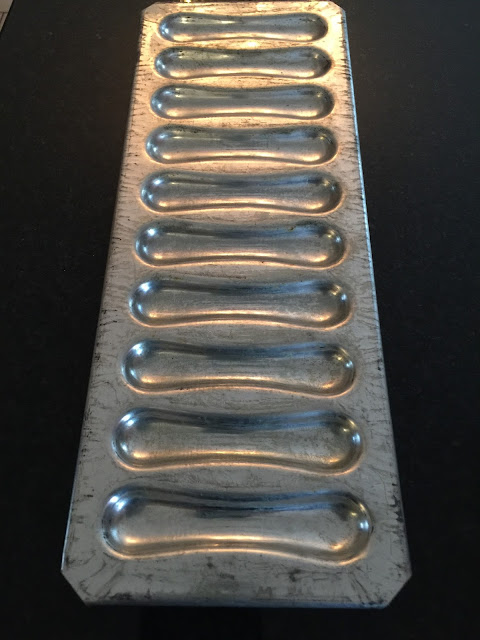 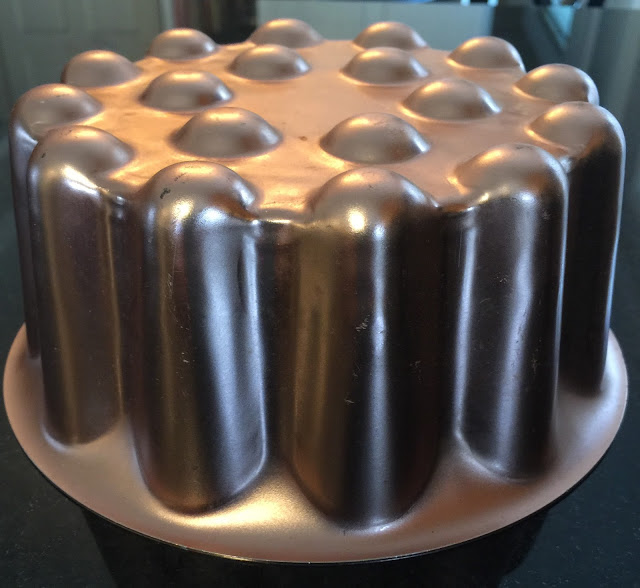 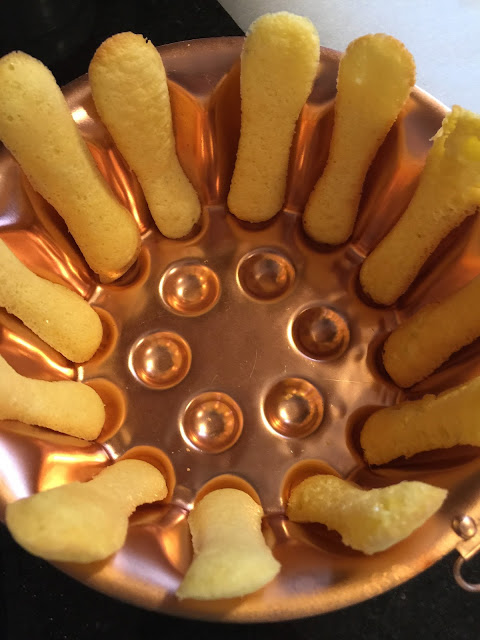