Chocolate Balls: A Truffle from 1947 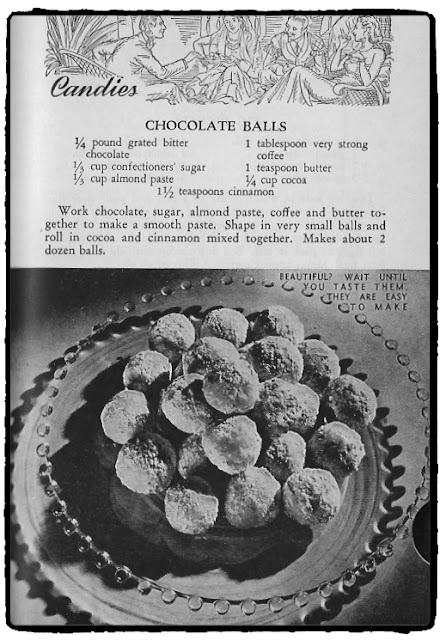 I chose this recipe from an historic cookbook I recently found and purchased called, The United States Regional Cook Book, edited by Ruth Berolzheimer, 1947.

According to the introduction to the book, this cookbook draws from ten different American regions and is therefore actually "ten cookbooks in one." The regions comprise New England, Southern, Pennsylvania Dutch, Creole, Michigan, Mississippi Valley, Wisconsin Dutch, Southwestern, and Western. There is also a section on "Cosmopolitan America".

This recipe for Chocolate Balls comes from the Southwestern Region based, I am speculating, on its use of chocolate and cinnamon. As a result, I chose to use Taza stone-ground chocolate (the 50% vanilla variety). I like that this recipe uses cinnamon with the chocolate, coffee, and sugar because it gives the balls a complexity of flavors.